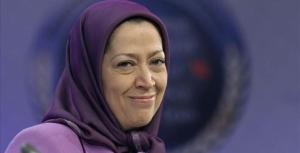 Congress shall make no law respecting an establishment of religion, or prohibiting the free exercise thereof; or abridging the freedom of speech, or of the press; or the right of the people peaceably to assemble, and to petition the Government for a redress of grievances. –First Amendment to the U.S. Constitution, December 15, 1791.

Congress intended the First Amendment to permit a wide range of opinions and views and produce a free exchange of ideas even if they are at odds with tradition. According to political myth, Otto von Bismarck said, “If you like laws and sausages, you should never watch either one being made.” Sausage-making, however, is an authoritarian process. Testimonies from multiple witnesses are an effective way to democratize the legislative process.

For threat assessment to begin with the answer rather than to hear multiple witnesses is to put the cart before the horse. To say that the Islamic State of Iraq and the Levant (ISIL, aka ISIS) defines the threat prejudges the outcome in favor of an orthodoxy that may actually play into the hands of this terrorist group. Sensational videos of hostage beheadings leaked to the media become the breaking news of the day and may inadvertently aid recruitment for ISIS.

The House Subcommittee on Terrorism, Nonproliferation, and Trade is to hold a hearing entitled, “ISIS: Defining the Enemy,” April 29, 2015. The subtitle opens the door to all-source threat assessment. The intelligence community uses information from discounted and unorthodox sources as leads to compare with official estimates; likewise, Congress welcomes information from a variety of sources, including dissident testimony as leads in formulating legislation.