“My friends, for over a year, we’ve been told that no deal is better than a bad deal. Well, this is a bad deal. It’s a very bad deal…. Because Iran’s nuclear program would be left largely intact, Iran’s break-out time would be very short — about a year by U.S. assessment, even shorter by Israel’s … a … better deal [is one] that doesn’t leave Iran with a vast nuclear infrastructure….”

“We are not talking about a 10-year agreement — but about several phases that will continue indefinitely to know that Iran’s program is peaceful.”

These quotes pinpoint a triangle of issues: “breakout,” or the months needed for inspectors to detect Iran’s race for the bomb; “sneakout,” or Tehran’s secret enrichment capabilities — a word that implies little-to-no breakout time; and a “sunset clause,” years after which Iran would be free to chart its own nuclear course and imports/exports free of restraints.

The main narrative emerging from the breakout debate is a dispute between President Barack Obama and Netanyahu, over his allegation that Obama is willing to accept a breakout time of only six months, or not even a year.

The day after the speech, the Wall Street Journal published a piece titled “Iran Talks Closer on One-Year Nuclear ‘Breakout’ Demand.” The article reported that Iran and six major powers are nearing an understanding about a final nuclear deal. “It must be structured around the U.S. demand that Tehran stay at least a year away from amassing enough fuel for a nuclear weapon,” the Journal reported. Robert Satloff, executive director of the Washington Institute of Near East Policy also focused on what he suggests is an overlooked sentence of the speech — its opening. “The key sentence [of the speech] was this: ‘Because Iran’s nuclear program would be left largely intact, Iran’s breakout time would be very short — about a year by U.S. assessment, even shorter by Israel’s,’” Satloff wrote.

Netanyahu’s rhetoric suggested that Israeli intelligence doubts Washington’s assessment. How could the United States be sure its estimate of warning time will remain intact in year five or year 10 of an agreement? To ask the question is to answer it. No intelligence is certain.

Professor Raymond Tanter appeared on Newsmaxtv on 04 March 2015. The former senior staff member of the National Security Council, Reagan-Bush administration, and an adjunct scholar of The Washington Institute researching U.S. policy will discuss the recommendations Benjamin Netanyahu made in dealing with Iran vs. the reality of feasible options. He’ll also speak about reports and opinion that Iran already has nuclear capability, what the talks John Kerry is engaged in can really accomplish and whether a deal could be trusted if in fact an agreement is met.

To watch the complete interview please go to: nws.mx/1FdCTow 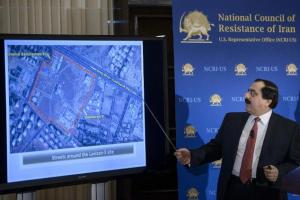 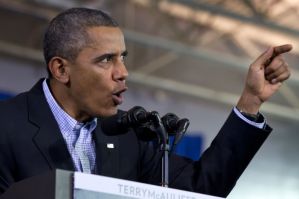 “It is entirely legitimate for the American people to be deeply concerned when you’ve got a bunch of violent, vicious zealots…who randomly shoot a bunch of folks in a deli in Paris.” — Barack ObamaVox.com Interview Jan. 2015.

Team Obama’s tendency to not use words that describe killings in sectarian ways gets it in trouble. Feb. 10, the  White House: “There were people other than just Jews who were in that deli.” State Department: “I remember the victims specifically there were not all victims of one background or one nationality.”

Just cite the Department’s remarks the day following the Jan. 9 attack on the supermarket: “We condemn in the strongest terms ‎yesterday’s cowardly anti-Semitic assault against the innocent people in the kosher supermarket,” State told The Jerusalem Post. The attack confirmed fears of France’s Jewish community because there were several preceding assaults on Jewish institutions.

The White House and State used Twitter feeds to clarify. White House: “Terror attack at Paris Kosher market was motivated by anti-Semitism. POTUS [President of the United States] didn’t intend to suggest otherwise.” State: “We have always been clear that the attack on the kosher grocery store was an anti-Semitic attack that took the lives of innocent people.”

Washington Post journalist, Jennifer Rubin, calls “appalling” the denial of “Jew-hatred” as a motivation for assault on the kosher market. Neither Rubin’s critique nor mine suggests the Obama administration is anti-Semitic. But clumsy wording to the press raises questions about its difficulties speaking clearly about the threat of violent Jihadism.

Being a nuclear threshold state and a rouge regime is toxic.Iran is a threshold state and rogue regime. Its 1979 Revolution says resist compromises in the national interest. No need to choose between bombing Iran and a nuclear-armed Iran: Seek soft revolution via coalition that rejects clerical rule.

That letter was in response to one sent by President Barack Obama in October 2014 that linked progress in the nuclear talks with cooperation between Washington and Tehran against the Islamic State (also called ISIS). According to these journalists, an unnamed Iranian diplomat informed them that Obama had sent a letter that raised the possibility of what I would call an American-Iranian entente cordiale to counter the Islamic if a nuclear deal is secured. Khamenei was supposedly “respectful” but noncommittal on the Obama offer to cooperate against the Islamic State.

Congressional pushback against a bad deal in the bilateral nuclear talks between Tehran and Washington plus expected failure of the multilateral Geneva talks could invigorate Hill pressure on the administration for reversion to the prior international consensus of zero right to enrich uranium gas on Iranian soil and zero breakout time before Tehran can dash for the bomb before inspectors can detect its moves. During July 2014, moreover, former Secretary of State Hillary Clinton exclaimed that allowing Iran to have “any enrichment will trigger an arms race in the Middle East,” a signal that she favored the zero-enrichment option.

There also is growing support for tough measures against Iran in general. They include: ballistic missile constraints and zero collusion of Washington with Tehran in the fight against the Islamic State. Anticipate the Senate Committee on Foreign Relations under the leadership of Chairman Sen. Bob Corker (R-Tenn.) and Ranking Member Bob Menendez (D-NJ) to hold hearings that put the heat on Team Obama for tying the nuclear talks to an informal alignment with Iran against ISIS. 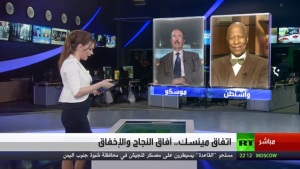 The US government has announced that Washington welcomes new agreements on resolving the crisis in Ukraine Minsk.

To watch the complete interview please go to: http://bit.ly/1A7kQiM

Professor Raymond Tanter appeared on CCTV Beijing Japan-Jordan from Washington on 05 February 2015.He talk about US v ISIS HostageTaking: Reach Out to Moderate Muslims in CampLiberty + PMOI out of Iraq v Iran iran_policy NCRIUS

Scroll down to January 30, 2015 to locate a video in which Tanter explains the complexities of American relations among India, Pakistan, and Afghanistan. Because Pakistan has nuclear weapons, is under attack by Taliban groups while supporting other Taliban in Afghanistan, Washington has no choice but to continue its alignment with Islamabad.

To watch the complete interview please go to: http://nws.mx/1zSTY8Z 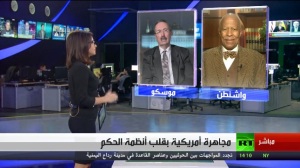 The Russian Foreign Minister Sergey Lavrov announced that US President Barack Obama, first recognizes the contribution of Washington in the “transfer of power” in Ukraine which demonstrates the involvement coup.

To watch the complete interview please go to: http://bit.ly/1LNDSkq